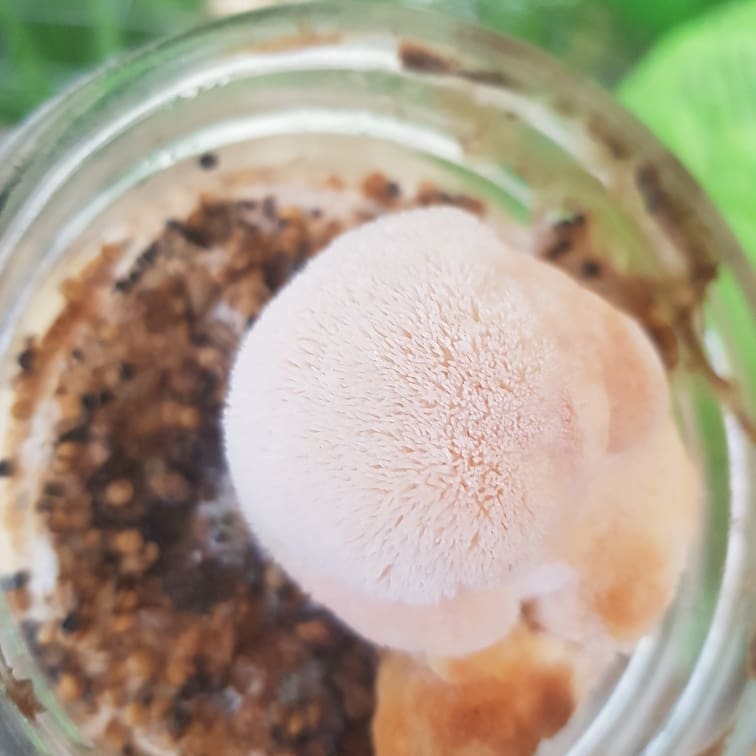 Used for centuries in ancient Chinese culture, lion’s mane Mushroom is celebrated for it’s medicinal and nutritional value. In the western world, we’re finally catching on to the craze – so let’s take a look at why has this shaggy mushroom has become the latest superstar.

Lion’s mane mushroom is most commonly found throughout Asia, North America and Europe. It bursts out of dead or decaying hardwood as a cluster of icicle-like spines, making it almost impossible to confuse with any other mushy. But don’t let its unearthly appearance deter you – it’s packed with powerful nootropic benefits.

So fungi fans, pour yourselves a cuppa, because this mushroom is roaring with health benefits…

We all want to live a long, healthy life – don’t we? And nowadays, humans are becoming increasingly aware of the role that diet plays in boosting immunity and preventing disease.

So did you know that lion’s mane has immune boosting properties?

Lion’s mane contains a polysaccharide called beta-glucans. Ok – you’re probably thinking what does that actually mean? Beta-glucans are “biological response modifiers” – a scientific way of saying they can modify and enhance our immune response.

A study in 2017 investigated the immune response in mice after they were given Lion’s Mane. Amazingly, there was increased activity in the intestines and the growth of good gut bacteria, which both work to improve immunity.

Lion’s mane is also believed to have powerful anti-inflammatory properties and an ability to increase white blood cells.

Did you know that 1 in 10 Australian’s have dementia over the age of 65? As we age, we lose the ability to grow and form new neural connections, directly affecting memory, learning and cognition.

But wait, lion’s mane has just taken a seat at the table. And this ferocious fungi is a powerful nootropic – which is a fancy way of saying it may help improve cognitive function and memory.

In other words, it’s a superfood for your brain.

Now, it’s probably a good time to mention that many of the Alzheimer’s studies on lion’s mane have been done with mice – and more research needs to take place to make any final conclusions about Alzheimer’s disease in humans.

In saying that, there has been one study on humans…

A study in 2009 compared Japanese men and women between the ages of 50 and 80. The participants were all experiencing mild cognitive decline. Half of the group received lion’s mane, while the other half received a placebo – and they were compared over 16 weeks.

And the results that followed will knock your socks off: The subjects receiving the lion’s mane had drastically increased scores on the cognitive function scale compared with the other group.

The early signs are looking good for this mighty mushy.

However, the cognitive benefits disappeared once the participants stopped taking Lion’s Mane. So perhaps to achieve a long-term boost in brain function – consistency is key.

Let’s face the facts: Around 3 million Australians are living with depression and anxiety. They’re alarming statistics – and support for mental wellbeing has never been so important.

The cause of depression and anxiety varies for every person. However, scientists now believe that there is a strong relationship between inflammation and depression.

Recent studies suggest that lion’s mane could be a powerful anti-inflammatory. Not only that, but this ferocious fungi could also help to boost nerve growth, cell growth and cell renewal. This is believed to help enhance the hippocampus function (the part of the brain that manages emotions and memories.)

Once again, scientists tested this theory with adult mice that were showing signs of depression and anxiety (ah, where would the science world be without our dear mice?) The study found that Lion’s Mane has anti-depressant-like effects – and scientists are attributing this to the formation of new neurons in the hippocampus.

While animal studies are a step in the right direction, we’ve only just begun to scrape the surface. As with many medicinal mushrooms, more research needs to be done on humans (we’re patiently waiting).

Side Effects Of Lion’s Mane Mushroom

With the potent health benefits of lion’s mane, we’re on a mission to give these fluffy pom poms the spotlight they deserve. Although, it would be irresponsible of us if we didn’t share the side effects.

But the truth is, lion’s mane is extremely safe. All studies to this date have presented zero adverse effects. As with many foods, allergies may cause minor reactions, however this is very rare.

But wait, there’s more. The benefits of lion’s mane extend much further than what we could cover in this article. Studies show that it could lower the risk of heart disease, aid digestion, prevent cancer and manage diabetes (just to name a few).

Now, it’s important to note that we’re not saying lion’s mane is the magical cure for all these ailments. After all, more research still needs to be done. However these early findings are a giant leap in the right direction.

The mighty lion’s mane is up-and-coming – hear it roar! 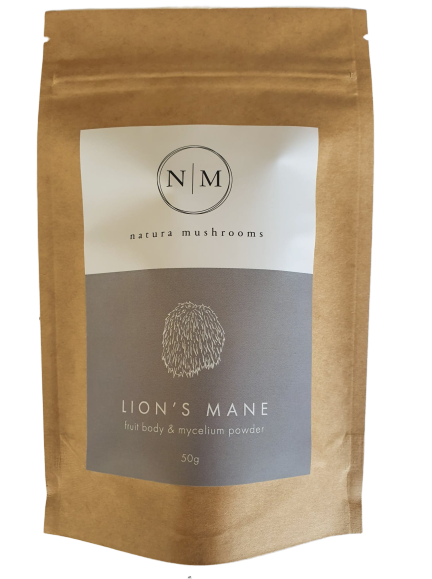 Hey, we’re Shane and Ash, and we’re the fungi fans behind Natura Mushrooms. Our 100% off-grid mushroom farm is located in Gippsland, Victoria – and we pride ourselves on delivering a product that does not harm our precious mother earth. If you’re looking to incorporate lion’s mane into your diet, you can find our homegrown lion’s mane mushroom powder. We recommend adding half a teaspoon to your food or drink of choice, and begin to feel the benefits for yourself.

What is RPA and How Does It Work?

What is Organic Sitelinks? Extended Results on SERPs